VoM perform much of the Morphine repertoire, plus new material and original versions of selective covers. They expand on the ethereal, hypnotic sounds popularized by the group in the nineties, and dig into their influences, from African music to delta Blues.

“Fear & Fantasy is an album existing in its own time and place.”

Vapors was formed over a decade ago by Colley, singer and multi-instrumentalist Jeremy Lyons and Morphine’s original drummer Jerome Deupree. Drummer Tom Arey (J. Geils Band, Peter Wolfe’s Midnight Ramblers, Ghosts of Jupiter) replaced Deupree in 2019. Their new album represents both a new era and a return to form for Vapors of Morphine.

Fear & Fantasy, in its often lush arrangement, recalls Morphine’s final album, The Night, where Deupree teamed up with Billy Conway, the drummer who had replaced him; this time Arey plays on one side, Deupree on the other. It only seems fitting when both bands have been blessed with a revolving cast of top-notch percussionists.

Fear & Fantasy is available for direct order from the UK  here, as a limited edition 180 gram marbled colour gatefold LP, plus CD. It is distributed in the US by Cobraside and can be ordered through many retail outlets. 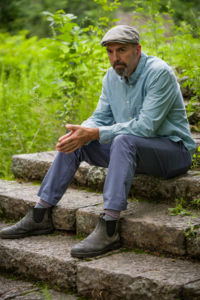 Co-founding member of Morphine and a multi-disciplinary artist working across a variety of medium. 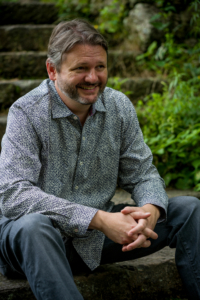 Vapors of Morphine formed in spring of 2009 in preparation for the Nel Nom Del Rock concert in July 2009, the 10th anniversary of Mark Sandman’s passing on the same stage.  The band was originally called Members of Morphine and featured Dana Colley and Jerome Deupree of Morphine joined by Jeremy Lyons taking over the vocals and slide bass duties of Sandman.

Vapors of Morphine release their first album, “Ever Expanding Elastic Waste Band” and embark on tours of the Northeast and Midwest, plus New Orleans (Voodoo Fest) and South America.

Vapors Releases, A New Low, the bands 2nd album.  The album included a selection of songs from some of the band’s favorite influences including Brian Eno, Latin Playboys and Dock Boggs in addition to a couple of Mark Sandman classics. Vapors return to South America, and tour much of Europe: Italy, Poland, Belgium, Greece and the Netherlands.

After returning from a European tour in late 2018 Jerome Deupree makes the difficult decision to leave the band.

Dana and Jeremy welcome new drummer Tom Arey to Vapors, and continue to perform regional dates and record for a new album.

Vapors releases their 3rd album, Fear & Fantasy on Schnitzel Records and begins to get back on the road as live music returns to our lives.

Visit us around the web!